24 July 2016 I took this a few years ago in Berlin, Germany. It is the East Side Gallery I like this shot the Lady had just been posing in front of the mural and was walking away.

Along the way I had temperatures of 27 degrees Celsius in brilliant sunshine, gale force winds on wide open spaces, days of endless rain, snow, sleet  and hail. I attempted to photograph it all. On the Via de la Plata I had very little company and mostly walked alone but sometimes meet up with one or two Pilgrims for dinner. On the Camino Frances there were some more Pilgrims, a "Caravan" of about twenty, therefore there was a little more chat.

I will now give you the two links that will take you directly to the respective section. Camino Frances Photographs   and  Via de la Plata Photgraphs

I hope you enjoy them and please feel free to share them with your friends on social media, there are easy share buttons positioned at the bottom of each post.

For those of you who are following what I do you will know that I am just back from six weeks walking and  photographing a Camino in Spain.

I should post a photograph of Ireland on the the day that it is, but I am currently editing my work and  personally I just love this picture.

I call it "Tender Steps" it is of a family of Goats on a rooftop in the snow in Foncebadon, Spain, on the Camino Frances. Feel free to share it on whatever social media you use.

The photograph this week was taken in Guillena, on day two of my adventure. The morning sunrise, what a way to start a long journey. 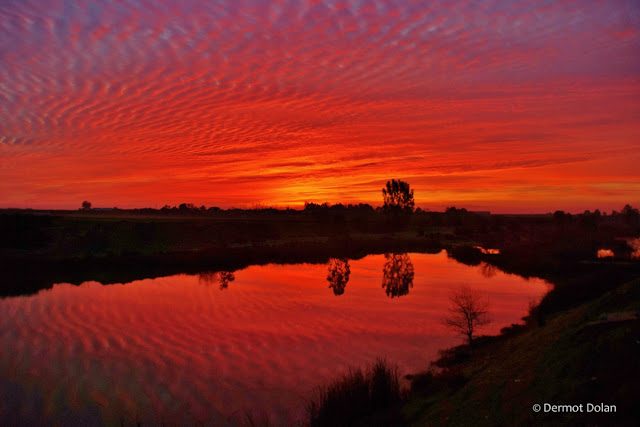 To download an image or images of your choice, choose an amount you want to Pay10, 20 euro or other higher amount, then click Download High Resolution JPG. The image will then be downloaded on your computer and you can print it  any way you want, saving postage costs and time. You could also use it as a screensaver or on your website. In the "This Site" you will find more information on how the site works. Any further questions send me an email by using the "Contact" tab. Your support is appreciated. Here is a screen shot of the site showing the drop down tab. 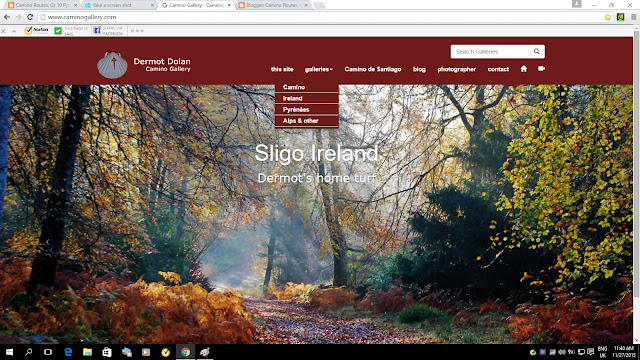 After walking some time on the upper path I found it narrow, a bit fragile and the wind was strong as there was no shelter. I still keep looking at the lower track and for a long while now (say after 30 mins) there was no snow. So in order to get off the highest ground and out of the wind I went to the lower track. All was fine for a while and I found it more comfortable, then I saw the path covered in snow and ice, but just a very short stretch, say three meters. I decided to carefully walk on it but because of the compacted ice was forced to walk to the very outer edge of the path. I must have been only one meter from the end of the snow when I lost my footing, as if the path underneath me just broke away. I was now at approx 2540 meters. I was now sliding down this alpine slope. I always use two walking poles with wrist straps, that is what saved me. I kept digging them into the slope. Eventually the left pole dug in the soil and stopped me. With some cuts to my leg and arms I crawled back up the very fragile and eroded slope and got the far side of the snow.

I believe I was the only one who traversed the Crete that day. I eventually got down of the Crete and meet a family on a day hike. My shoulder was sore for several days. I continued my Alpine trek for a further 7 days but because the snowline was about 2200 meters in the interest of safety I stopped and went to Provence instead.

Some day I will continue that GR5 Journey.  This picture clearly shows the two paths.

Hello to all the friends I meet there and I hope those of you who continued on to Muxia and Finnesterre enjoyed it. I did check face book while I was away and the one things I noticed was the really exceptional Autumn shots of Sligo and Leitrim, also Fred Corcoranshots of Portugal amazing. I had major lens problems on this trip and in the end had to buy a new one, as a result I missed out on a large number of shots. I will edit what I have and post a few on here and my blog and website over the next few weeks. Here is one of a French Antoine I walked a lot of the journey with. 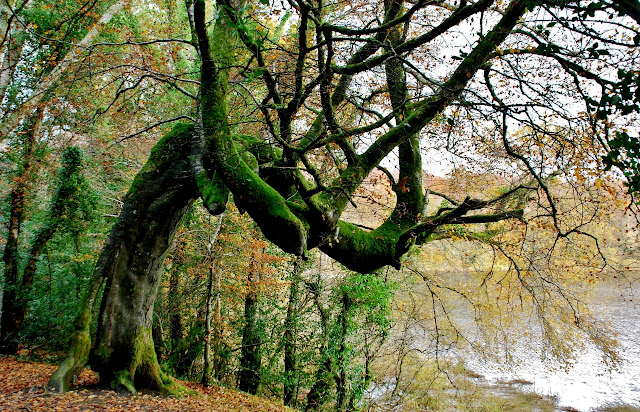 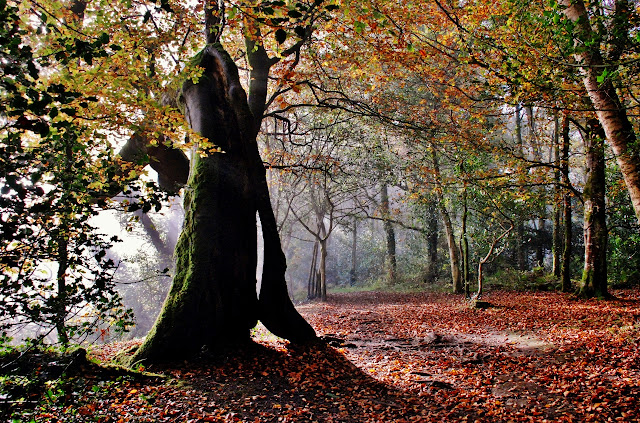 This week a Camino photograph from France. It is taken on the Le Puy route the GR65. it is the small Chapelle on the route out of Conques.

Here are a few photographs taken today 11th July 2015 that show the luscious green on a very wet day in the West of Ireland.

When you visit my website and if you enjoy what I am doing you might consider purchasing  a download, it will help me to maintain the service. (if you don't want to print it, it would make a lovely screensaver) I have avoided up to now putting a donate or contribute button on my blog as I feel this gives a wrong impression.

This Week two photographs from that Hike. One is of a line of Ants. I have never seen as many Ants in my entire life. There were line of them everywhere. You would see this 20 to 30 times a day.