This week I want tell you about a project I have been working on for many months, that is a website based on my many walks over the last few years. It is called Caminogallery.com The emphasis will be on Camino routes but will also include some of my other walks and photographs taken around my home area in the West of Ireland. All of the images in the website are available for instant download in high resolution JPG format. I explain on my website the many suggested uses of the images. I am not setting a price on my work, I will let you do that. Obviously the site will need to generate income so that I continue to do what I am doing. The website is called caminogallery.com.

So this week I am posting a photograph of a shell associated with the Camino and a link to my website. I hope you will enjoy and may

Today the 1st of February is St Brigid'S feast day. Crosses are traditionally made on or for today. They are made out of rushes (grass like plant). This feast day was formerly a Pagan festival to mark the beginning of Spring.

Traditionally the crosses were set over doorways and windows to protect the home from any kind of harm.

This photograph was taken in the hills over Glencar, my friend Pauric just picked some rushes and made it while we were walking.

I will have details and a link here in a few weeks of my new photographic website.

Today (31-12-2014)I went walking in Glencar with a friend of mine. This is a shot of the Waterfall that blows back up into the sky and mountain, I have posted a photograph a few months ago of it from underneath. This is a shot from above it is called Sruth in Aghaidh An Aird.

I intend to have a website proper up and running sometime in January.

My best wishes to all, 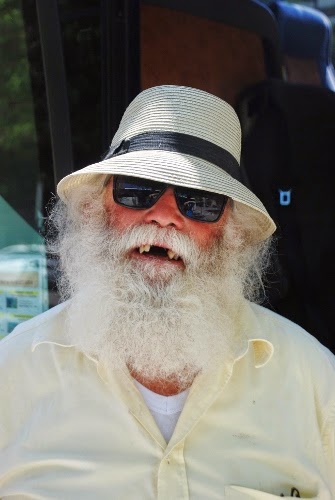 This mating ritual was taking place opposite my window. 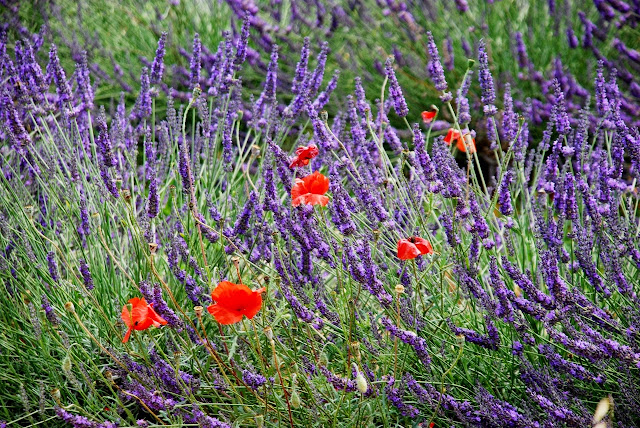 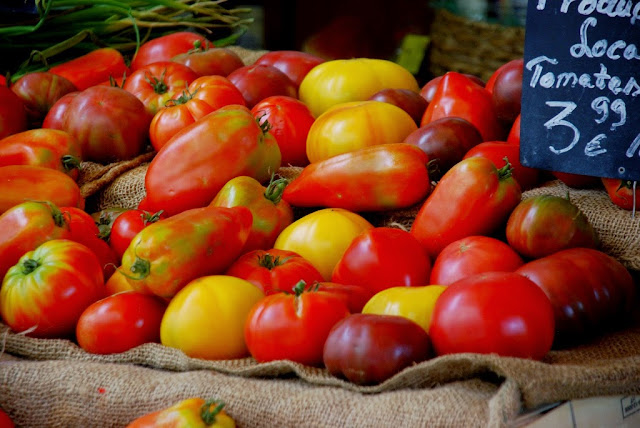 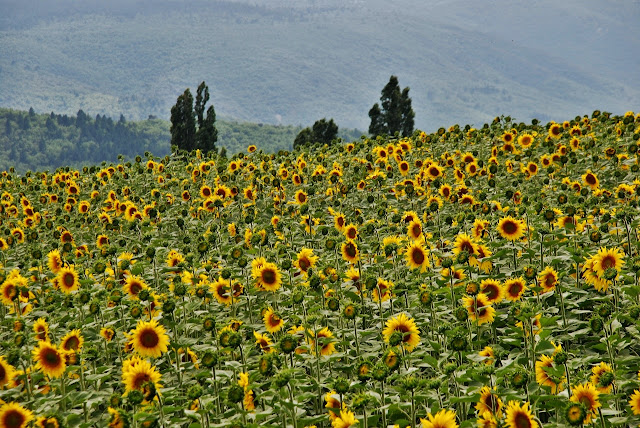 Now to this week. The lovely Pyrénées again. Taken in the Pyrénées Atlantique.

Click on image to enlarge it and create slide show.

This week a local Sligo scene. It is taken Hazelwood and is the light breaking through after a misty early morning.

I  will now simply give the link to each of the three of them.

But this afternoon Tuesday 28th October 2014 I went photographing in my local area.  I needed the walk. An amazing new walkway - trail has been created. It is in Glencar area of Sligo. It is to a lovely high waterfall, not the main well know Glencar Waterfall but one know as Sruth in Aghaidh An Aird (Gaileach -Irish language).

Here is the lovely Waterfall.

This is a direct link to the Le Puy section,

I will now start the long process of editing my photos. I will have a special section posted in ten days or less.

This is taken at the end of my first day of walking. The two pilgrims in shot were probably walking for many days at that stage. I have no idea who they are. It is self explanatory.

This is the approach from the north (which is generally considered to be the most dramatic) after climbing around the beautiful Lac de Gaube. A very eccentric Irishman called Henry Russell will forever be associated with this mountain after his many very elaborate climbs, including full champagne banquets on it.

One great joy I get is to see so many  people from Ireland and all over the world visiting the blog regularly. To you from all corners of the world thank you for visiting and I hope you will continue on the journey with me. It might now be a perfect time to go through the Archive section (on the right hand side of the blog)or simply click on Older Posts at bottom of the blog, you many see many pictures that you had missed first time around. Also you can spread the word to your friends by sharing the blog.


Well the Fleadh is over for this year a great success and credit to all involved. It is back in Sligo next year.

I went for a walk a few evenings ago to the seaside at Rosses Point Sligo. An evening of brisk wind and interesting light, blue with greys of approaching light storms. This is the seafront in the village with a big sky and the boats bobbing up and down in the water with a strong current.


A second photograph this week. I think it shows a hint of Autumn in the tiny leaves in the foreground. Taken today 24th August 2014.

I will again include the direct link to the Fleadh section of my blog.

Here is a direct link to that section.

This by pure  coincidence was my last photograph taken on my tour of the French Alps. It is "Aux Enfants de la Commune de Bramans morts pour La France".  I have seen a memorial like this in almost every village I walked through in France. It really was the slaughter of the innocent. I include it here with full respect to all who died and their families. The beautiful mountains and Alpine meadows I have shown in this section were robbed of their children who were led to their slaughter. 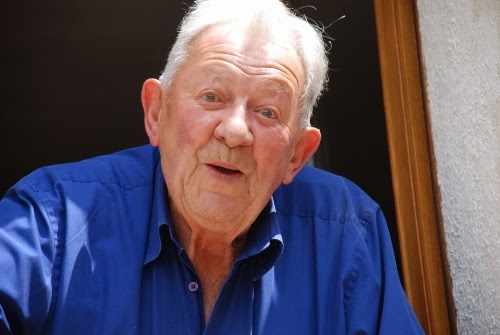 I will now post two photographs from the Alpes and two from Provence with direct links to the relevant parts of my blog.

This is a direct link to the section on the Alpes

This is the link to the Provence section

I have just started a third section from my Summer 2014 French trip. It is a section on Le chemin de Saint-Guilhem-le-Désert. It is still a work in progress. 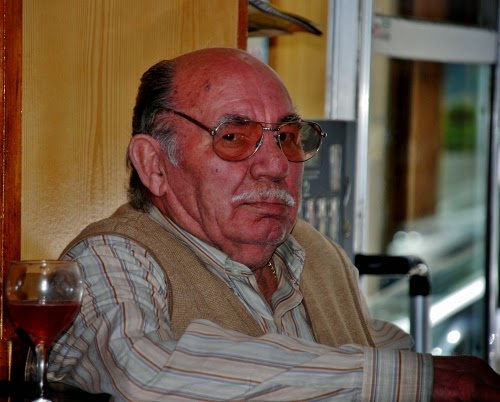 Here is a button camera used in surveillance.  To think what a mobile phone can do today!!

I am a bit late posting this week as I had loaned my computer to a nephew. I was still photographing the local scenes. 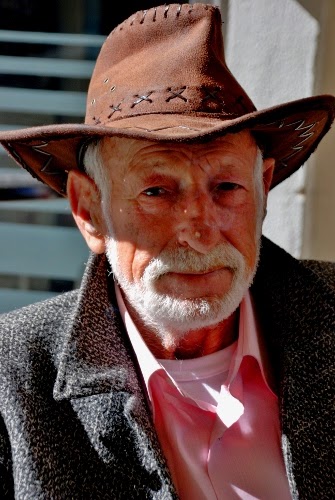 Taken today 10th May at Dooney Rock Sligo. It is Mayfly time, the fly that causes so much interest for Fishermen and Trout.

Taken in Ballygawely Wood Sligo today the 3rd May 2014.

I have done a lot of walking in the Dartry Mountain range in the last few days. I was there again today. I now have a section of photographs of the Dartry Mountain range which is an ongoing project. Again for  two weeks in a row I had people join me who had never been on Benbulben before. They enjoyed it, so did I. I really don't know which photograph to post. Here is one from the top the top of Benbulben today.

I will post a special section within a week (hopefully) of the Via de la Plata 2014. Good luck to all I meet on it and to those still walking it.

This was taken while I was walking the Via De la Plata from Seville to Santiago De la Compostelle.  I was staying in a tiny Albergue (Pilgrim Hostel). The religious calender beside the King and Queen of Spain reminded me very much of a combination popular in Ireland of  1960. In Ireland then it was common to see a framed photograph of John F Kennedy alongside a religious picture of the "Sacred Heart". This photograph brought all of this back to me. An interesting combination indeed.

I like the undulating hills in this shot. The road looks so black. You can see the snow marking poles at the side of the road with their red tops.

These type of photographs I find relaxing to look at. I carried a tiny gorilla pod with me. I will put one of the photographs here but also a special section called Mountain streams.

This link should bring you directly to the Mountain stream post.
http://dermotdolan.blogspot.ie/2013/12/mountain-streams.html 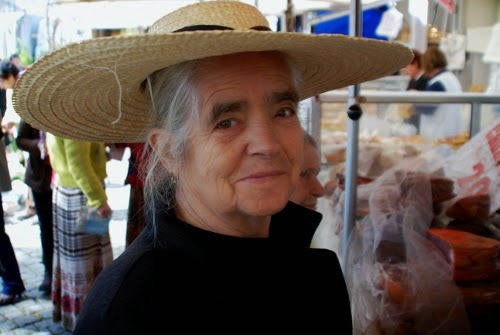 This was taken in an Albergue in Casar de Caceres, Extremadura, Spain. I walked the Via de la Plata from Seville to Santiago de Compostela. I stayed mainly in Pilgrim hostels called Albergues, this one was free and was provided by the local community. It was located in the centre of the town. When walking you carry very little because you have to carry it yourself on your back, therefore the little clothes you have you wash almost daily. Then you hang them to dry in nearest possible place, this town did not want a collection of underwear hanging in the lovely town square. 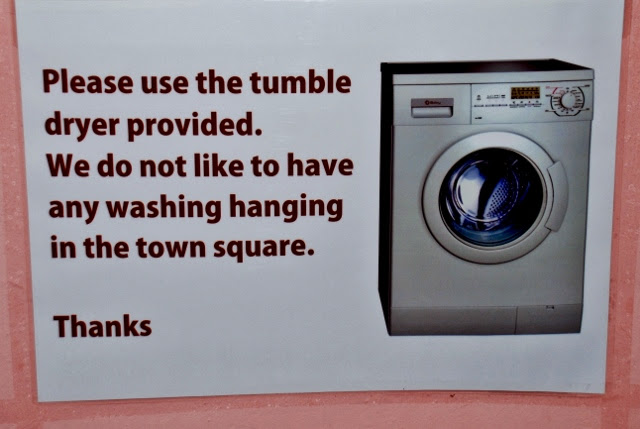 This image was taken last Thursday 17th October 2013. It is near where I live and is on the"Sligo Way", which is an 80km  waymarked route. I was on my way to Lough Lumman, the morning was very foggy and wet. This web had lovely droplets on it, the depth of field is such that the centre is sharp and rest drifts out.You look at something like this and it looks great but webs like this are notoriously hard to capture because of their structure and light. Of course because this is not full size file you wont see the full detail in the shot but I still like it, (I have it as the screensaver on my computer). When walking it is important to look at the detail as well as the larger landscape.

I am looking through a large collection of photographs taken in many parts of Spain and France, and again the Pyrénees is the choice this week. It is taken in the Pyrénees Atlantiques in La Pierre Saint-Martin. The day before I photographed the vulture that is already shown here. The Gite d'Etape I stayed in was beautiful, I think the owner was once a professional climber. There was a very severe storm during the night but I slept through it. The following morning with my coffee cup in hand  I walk around to the front of the Gite

At dinner on Wednesday night with my 5 friends from Bordeaux we talked about Canigou and 3 of the gang said they were going to climb it the following morning and I should join them. I did. Canigou is a special holy, sacred mountain for Catalonians.

We started at around 8.30 am and reached the top 2784 meters at 10.20 am. Great feeling,  but the fun was only staring. We were now to descend the "Chimney". For me who is a long distance walker and not a climber this was a challenge. It went on to be one of the most memorable days of the Pyrénées. I overcame many of my fears that day. I walked / climbed for almost 11 hours. I was carrying a full 15 kg backpack and a 1.2 kg camera strapped to my body. I was terrified going down the chimney but still managed to take some photographs this is one of them. It shows Philippe shouting encouragement  back at me with Christian just in front of me.


This was taken around noon, near La Pierre-Saint Martin in the Pyrénées. I saw this vulture sitting look into a field of sheep. I was very close to it, I was using a fairly standard 18-135 zoom lens. I trained the lens on the vulture and waited very silently for  a very long 10 minutes. Then it suddenly took off and came towards me and I got this shot. I think it's eyes were starring at me as it passed me by and flew down into the valley. Enjoy. It was a special moment for me standing alone in a very beautiful place. I have recently re-sized this photograph.