Pétanque French Boules in the mountain village of Soudorgues

On Sunday 22nd September I started off walking from the village of l'Espérou in the Cévenees with the very ambitious aim of reaching Soudorgues. I got to Vallerauge by Mid-day. I called to the tourist office in Vallerauge and got great help, but without a proper map I was always doomed to failure. The way involved a number of different GR routes, local routes, unmarked roads and paths. I nearly took the right route but now I believe I came down the wrong side of a ridge (slight error).  I ended up in the village of Notre Dame De La Rouviere. I saw 2 local men using computers outside a closed shop. I asked them how far to Soudorgues, their reply somewhat frightened me. They said where! They then proceeded to goggle Soudorgues. After much head scratching and looking at me somewhat strangely they said it was about 70km by road to where I needed to go.

To cut a long story short I meet a lovely group of hikers from Montpelier. One kind lady called Danielle drove me to Soudorgues. I was the only one staying in the Gite. There was a major game of Pétanque taking place, the atmosphere was fantastic and very welcoming. All participants got a bag of the very special Cevenees onions and a hat. They gave the same to me. After dinner I was very tired after my long day of adventures and went to bed around 10.30. Many of them were just sitting down to dinner at that time. I awoke at around 3 am only to hear and see them still playing Pétanque. Great people.

I will now just include some photographs of sequences of Pétanque. Do remember the light was fading rapidly and it was technically hard to get the photographs I wanted but hopefully these capture the atmosphere. It is the sequence of the concentration of the player is interesting. 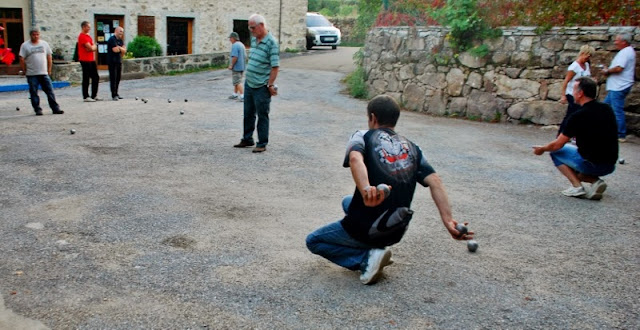 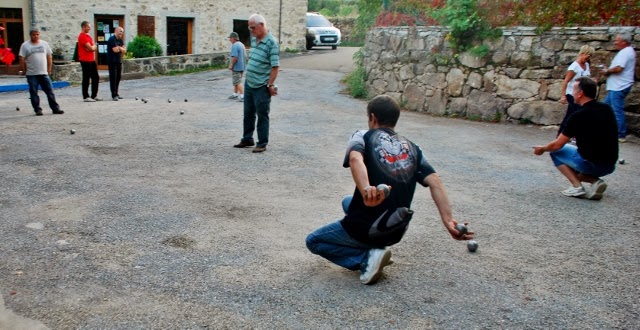 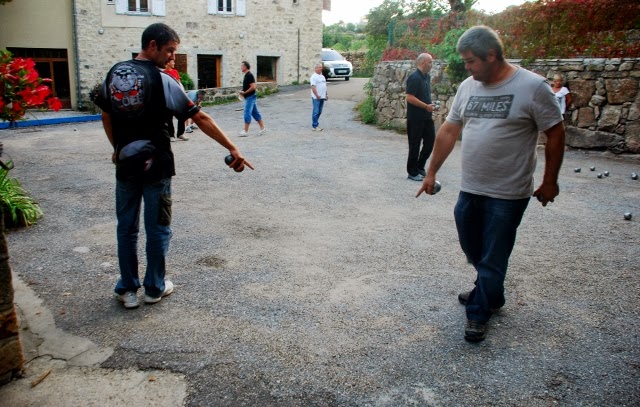 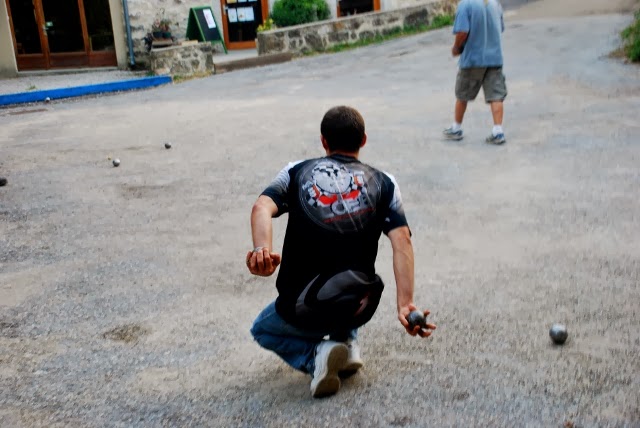 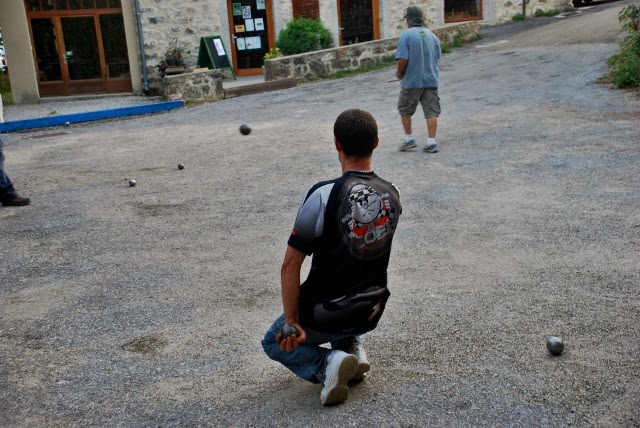 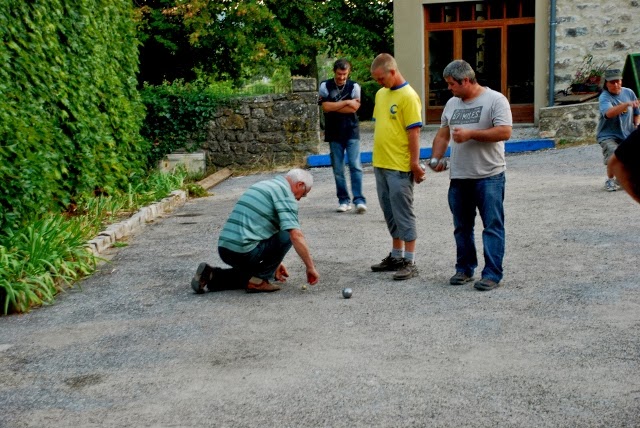 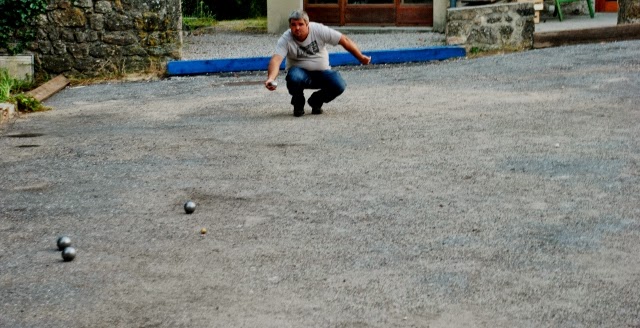 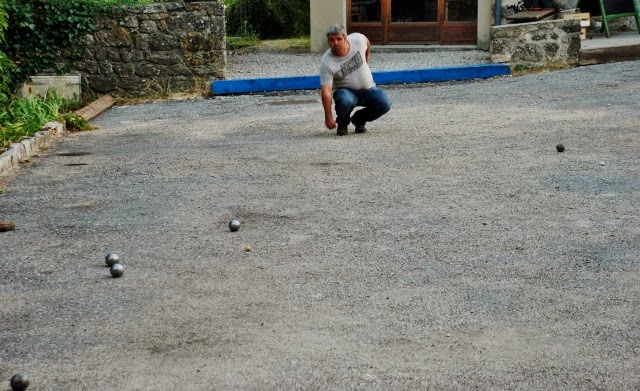 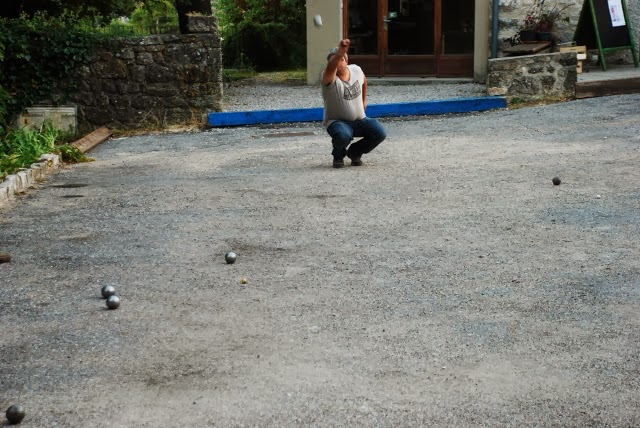 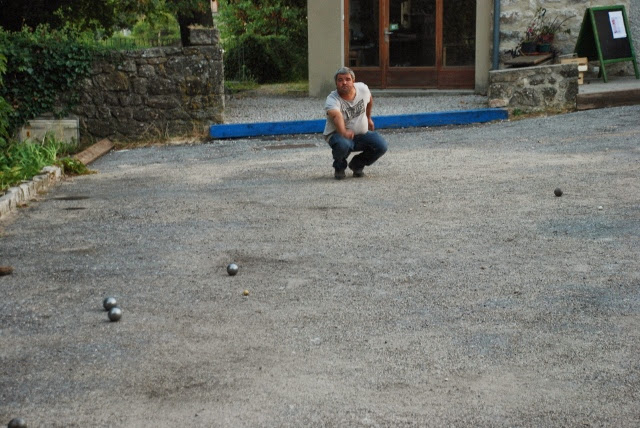 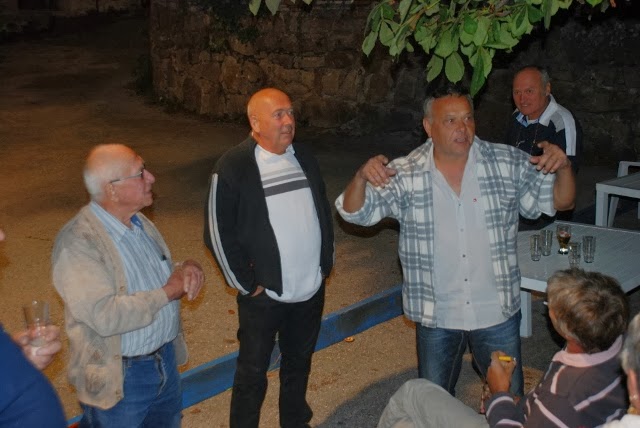 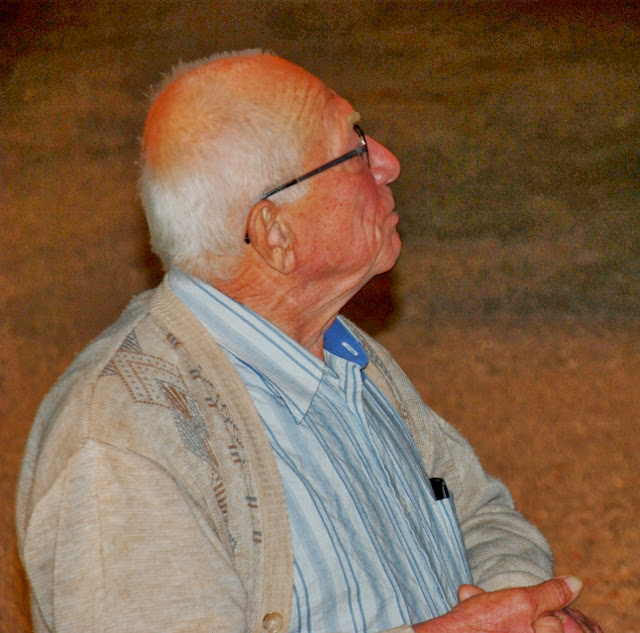